Design for the book Outsider: Public Art and the Politics of the English Garden Square. The book was published alongside Catalina Pollak Williamson’s public artwork, Phantom Railings (2012–2014). In a comment on the railing-in of public green space within the city after the war, the artist installed sensor-based acoustic devices along the perimeter wall of a London square, to evoke the ghost of an iron fence removed decades previously and never replaced. 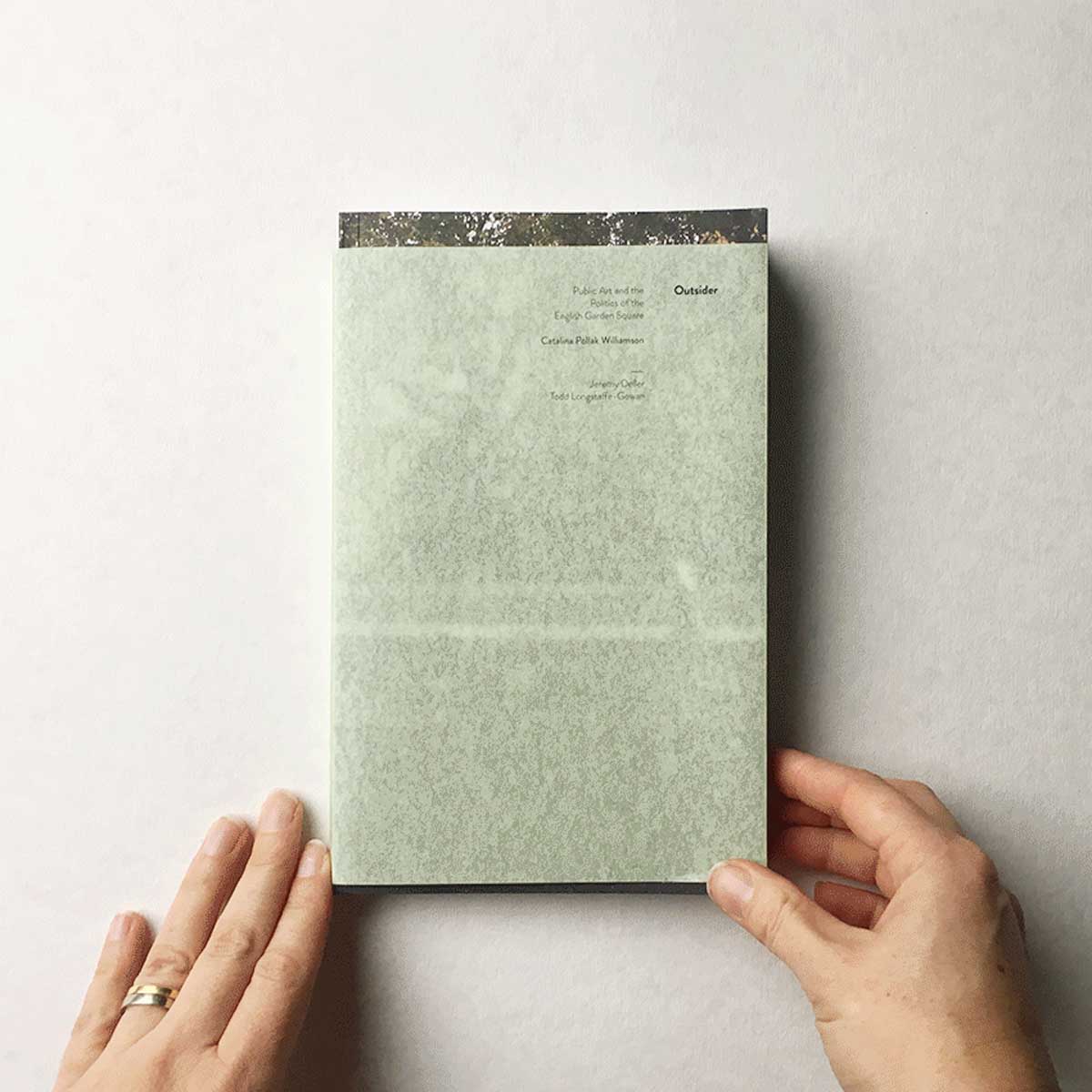 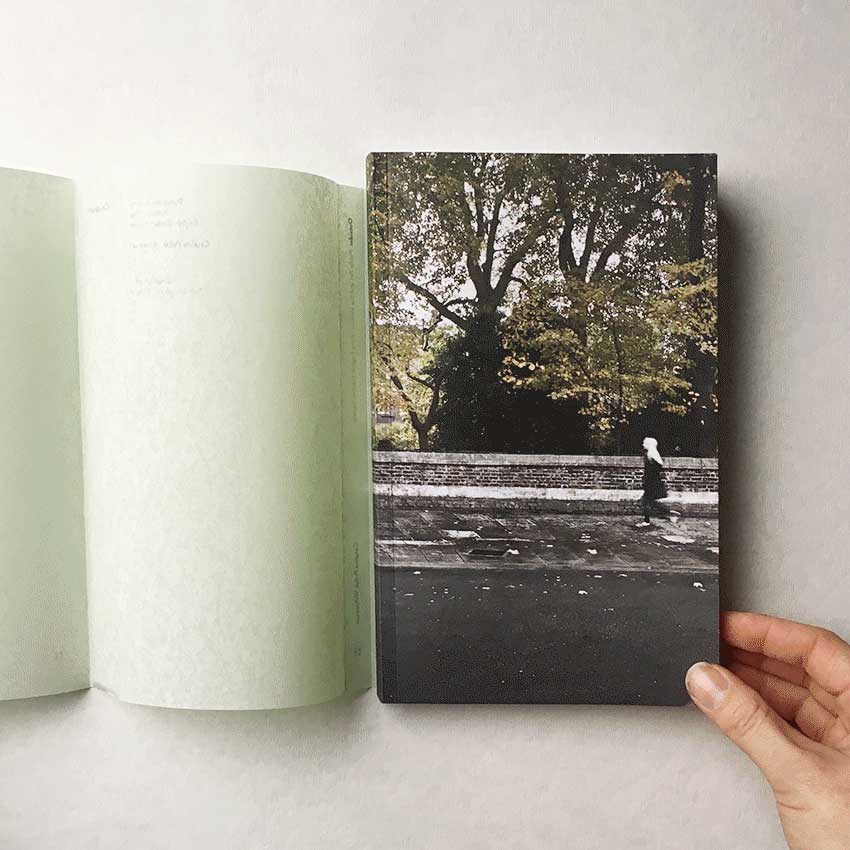 A Performance within the installation was recorded and translated into a graphic score, which became the core of the book. French bound and printed in London by Identity 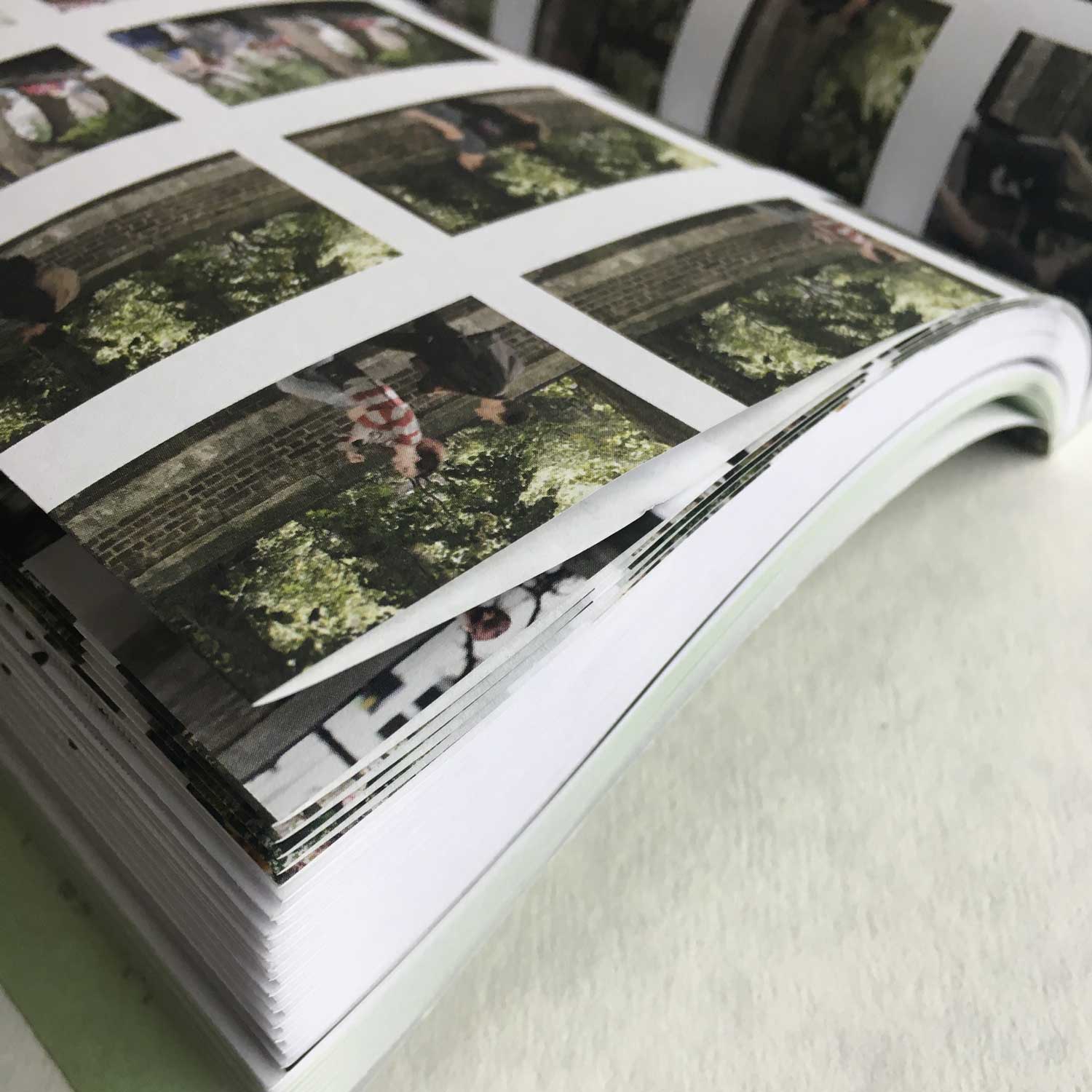 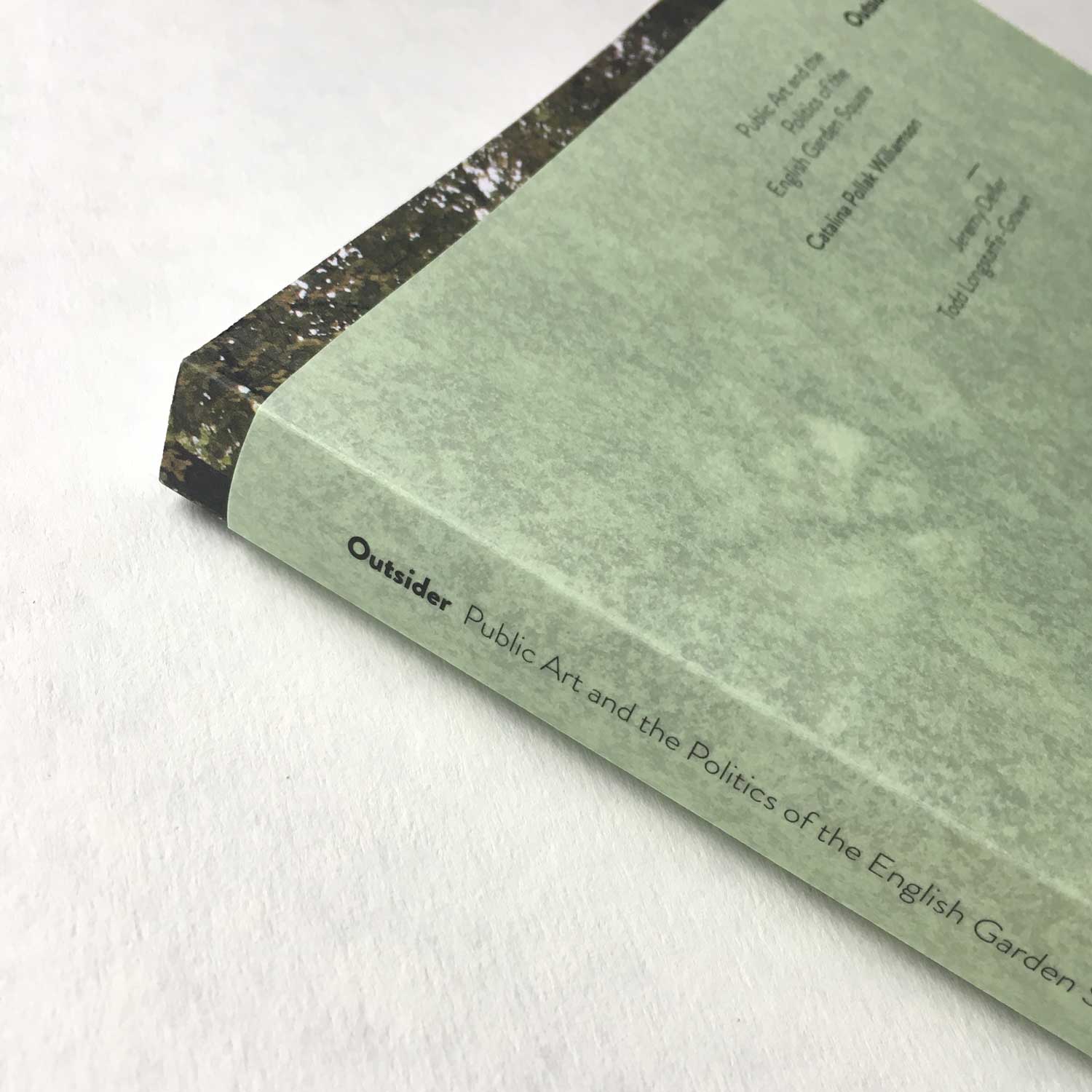